New illustration, created in Adobe Photoshop, taken from my latest video review for MyTabletGuide.com of the XP-PEN Deco mini7W graphics tablet. Still currently in the editing stages, so check back here for more information. After all, that is the way...

New for 2021 is this XP-PEN Deco mini7W graphic tablet! It's here in the studio and I'll be reviewing this as usual on MyTabletGuide.com in due course... watch this space!

Lead In Your Pencil...

New Steve B Graphics Greeting Card for Valentine's Day (or any day come to think of it!) over on Thortful - beat the rush and get yours now! 😀💓

Happy New Year to all! 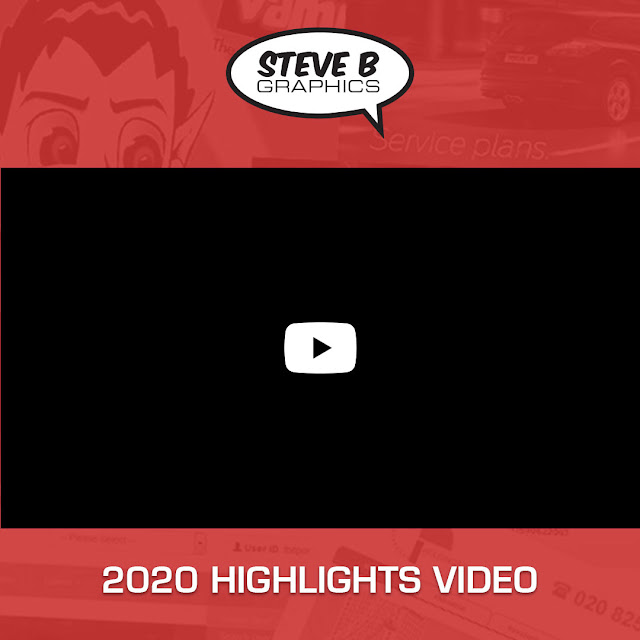 It's the most wonderful time of the year... apparently

Released just in time for Christmas is the new GAOMON M1220 Graphics Tablet – I’ve been looking forward to reviewing this as it has a few nifty features I wanted to put to the test, so let’s dive in…

By connecting this device to your PC/Laptop, Mac or even compatible Android device, you can create digital artwork lot easier than by simply using a mouse – you can also use this instead of a mouse – confusing isn’t it haw haw… 😊

In the box: The M1220 tablet, 1 battery-free pen, USB Cable, 2 USB adaptors for Android devices, 8 spare Pen Nibs, 1 Nib Extractor Tool, Pen Sleeve/Holder, Drawing Glove, GAOMON branded String Bag, a ‘Pouch’ for the spare pen nibs, Quick Start Guide, Driver Download/Instructions Card, a handy Mouse Mat with Adobe Photoshop shortcuts (nice idea!) and a ‘Clad Board’ which affixes to the tablet should you wish to change the ‘look’ of tablet. The little ‘extras’ like the mouse mat and bag are a nice touch and a welcome addition, giving you more bang for your buck…

The pen: as you would expect these days, the pen is battery-free, supports 8192 levels of pressure sensitivity and needs to be only 10mm away from the tablet to register. It also supports 60° of ‘Tilt’.

Sitting in the middle of these 8 shortcut keys is the Function Dial. Pressing this little white LED button brings up the onscreen ‘wheel’ menu – from here you have access to the following options: ‘Audio’, ‘Scroll’, ‘Zoom’, ‘Undo’ and ‘Brush’ – by selecting one via the outer ring of the dial, then pressing the white centre button, you can then use the dial to increase/decrease volume, Zoom In or Out of the canvas etc – the ‘Brush’ setting also has a few more handy settings like opacity, flow, size etc – pretty handy! Another nice touch is that if you don’t like the onscreen wheel appearing dead centre of your artwork onscreen, you can ‘drag’ anywhere you prefer and it will appear next time where you left it – another nice touch! 😊

Across the top is something you don’t see everyday on these tablets: 13 multimedia keys! I found this to be a great addition and very useful, as it gives you instant quick access to functions you would normally use keyboard shortcuts for i.e., in order they are: ‘New Desktop’, ‘Task Manager’, ‘Show Desktop (Minimise Windows!)’, ‘File Explorer’, ‘Save’, ‘New Document’, ‘Lock Windows/System’, ‘Rewind’, ‘Play/Pause’, ‘Fast Forward’, ‘Mute’, ‘Reduce Volume’ and ‘Increase Volume’ – phew! I found these to be really handy, but I found one niggly issue – it seems you can only use these by using your fingertips; you can’t actually use the pen to press and/or activate these buttons… not a dealbreaker by any means, but would have meant a slightly better/quicker user experience perhaps…

The row of 13 icons/buttons are ‘housed’ within a curved rectangle shape atop the tablet – although this makes for a nice overall design, it does mean you can only plug the USB-C cable one-way round only – it wasn’t really an issue for me, but there are some finnicky creatives out there…! 😊

There’s also a ‘clad board’ provided as a ‘gift’ in the box which you can use to change the appearance of the tablet – it comes with pre-cut shapes to fit over the buttons and wheel!

Right, now the important bit – how does it perform?

For this review I used Adobe Photoshop on Windows 10. After creating a new document, I tried a few test scribbles you can see here:

The pen is nice and light and feels comfortable to hold and use. The lower third of the pen, surrounding the buttons, has a nice non-slip rubber type covering. Speaking of buttons, it has two and by default these are set as Top; ‘Right Click’ and Bottom: ‘(E) Eraser’ mode. Lines tapered out nicely with no lagging, even when quickly cross-hatching. Pen pressure worked effortlessly – by simply pressing down harder and/or lighter, you’re able to produce nice thin or thick brush strokes. You can change the pressure settings in the software to best suit the way you draw. 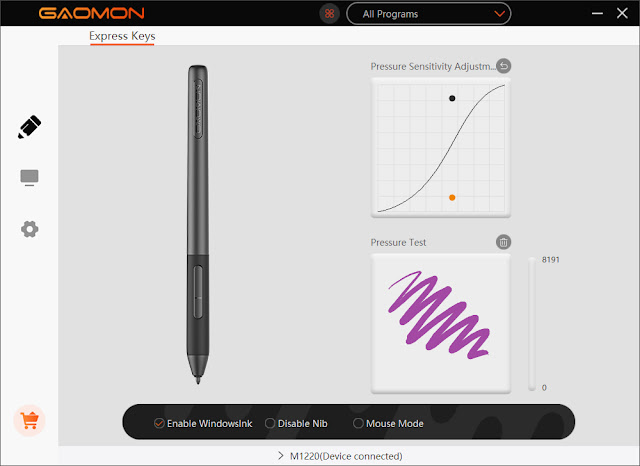 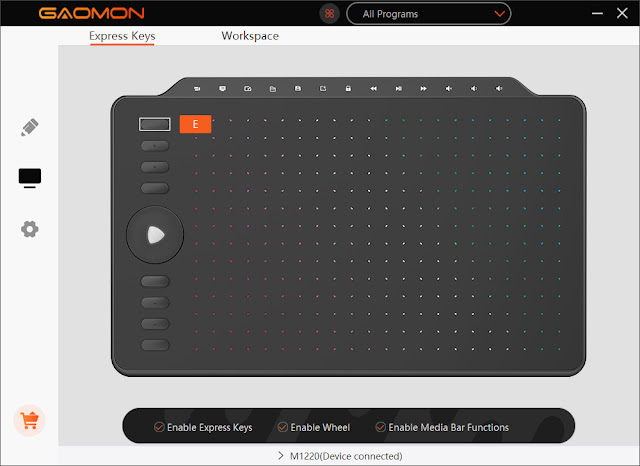 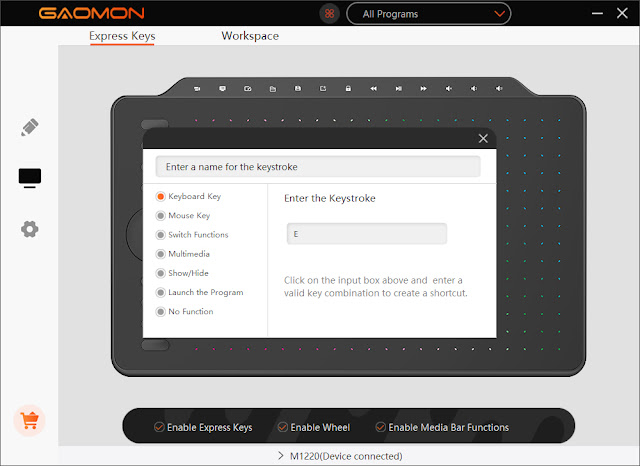 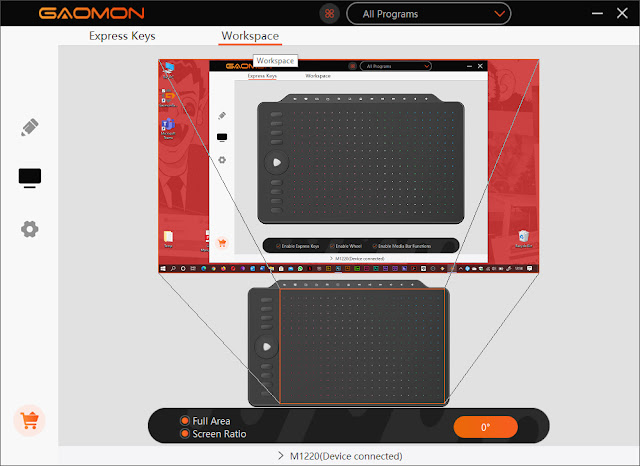 The multimedia keys are a useful addition – you sometimes see these on keyboards, but having them on a tablet is quite cool. As previously stated, it would have been nice to use your pen with them, but its handy being able to control the music volume whilst drawing! 😊

All in all, this is another nice tablet from GAOMON. It’s not too large for your desktop, making it quite portable – especially with the cool bag supplied! The shortcut keys and illuminated ‘Function Dial’ work well together and the whole drawing experience with the pen was great with no issues at all – I was able to quickly knock out the ‘Snowman’ illustration in a few seconds!

I was unable to test the device with an Android phone (currently being an iPhone owner!), but as I understand it, roughly only the left third of the tablet area would be usable using this functionality. Not sure I’d ever want to draw/create on my phone, but each to their own… 😊

The M1220 works with most, if not all, creative software(s) including the usual suspects: Adobe CC, Corel Suite, Clip Studio Paint, MediBang, Krita etc with Windows 7/8/8.1/10 or above, Mac OS 10.12 or above, Android 6.0 or above (iPhone and iPad are NOT supported!).

Just in time for Christmas - new in the Steve B Graphics Studio: Currently testing/reviewing and playing with(!) the brand new M1220 graphics tablet from GAOMON! Looks like it has a few nifty features... Full review coming soon - stay tuned! 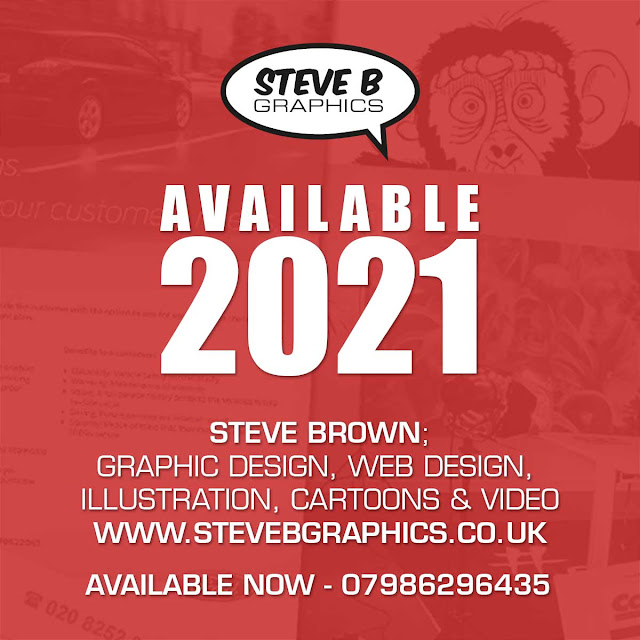 Welcome to possibly my last review of 2020! Although this year has been rubbish for practically everything and everybody, it's actually been a great one for Graphic Pen Tablets and Displays with some great devices being released in the last 12 months.

Is the new Veikk VK1200 a Christmas cracker or the equivalent of a stale Mince Pie? Read on... 😀

The VK1200 pen display is the latest graphics tablet from Veikk, a Chinese based manufacturer who produce a variety of devices like this for (predominantly) designers and illustrators, but of course, anyone can use one!

As far as I know, at 12” (11.6” active area), this is their smallest drawing tablet – about the size of an iPad. This isn’t a standalone device though – it needs to be plugged into a PC/Laptop or Mac and you draw on the screen!

I actually own and use a larger VK1560 tablet for various illustration work, so can vouch for their quality, but wanted something smaller and a bit more portable, for when, hopefully, we can go back to working in an office!

In the box are the tablet, 2 pens (which come in their own felt-type sleeves/protectors), 20 spare nibs, USB cable, HDMI cable, nib remover, drawing glove, driver download instructions, quick start guide and a pen holder in two parts; the bottom half is not only for storing the spare nibs, but can remove the older nib from the pen as it doubles up as a nib extractor tool! Once screwed together with the top half, the combined units become a handy pen holder.

Whilst connecting the tablet to my laptop it was quite fiddly connecting the mini HDMI connector into the tablet. It took a few attempts as I didn’t want to damage anything, but apart from that setting everything up was effortless.

This is a fully laminated HD 1920x1080 screen and out of the box with no settings tinkering, was vibrant and nice and bright. It comes with a pre-fitted Anti-Glare Screen Protector.

The pen(s) is quite light, but feels good in the hand and is a two-button job: top button is ‘Eraser/Pen’ mode whilst the bottom button acts as ‘Right Click’.

I created the illustration accompanying this review in Photoshop. Not only is the pen ‘battery-free’, it also supports 8192 levels of pressure sensitivity, which means you can vary the width of the line by pressing down a bit harder basically – perfect for the type of cartoon image presented here. Drawing felt smooth with no noticeable lagging. ‘Tilt’ is also supported which helps with shading.

Down the left side of the tablet are 6 shortcuts keys (the middle one bearing the VEIKK logo isn’t actually a button!) which provide easy shortcuts (obviously!) whilst drawing; F5 (Refresh), Zoom In, Zoom Out, Space, Increase Brush size, Decrease Brush size.

All these settings (and the for the pen) are configurable in the driver software.

This is a really cool looking, well-built tablet with its nice curved corners and metal backing and it’s only 12mm high! Flip it over and you’re presented with the four rubber feet incorporated into a kind of ‘X’ type design – very industrial looking!

Unfortunately, no stand comes with this particular model, so you’ll have to do what I did if you don’t like working ‘flat’ and that’s prop it up with a book… 😊

Here's the goodies you get in the box:


It's a fully laminated screen, which means no more little 'gaps' from the pen nib to what you see on screen, as you can see here:

This is a great little device and comes recommended whether you’re a novice or a grizzled professional and would make any creatives face light up to find this in their stocking this Christmas!

Looking forward to giving this new VEIKK VK1200 a good testing here in the Steve B Graphics Studio...let's hope it's as good as it looks - it could be the ideal gift for the Creative Type this Christmas! Watch this space!

Ho Ho HUION... or something! It looks like Santa has arrived earlier than usual this year and dropped off a HUION Kamvas 16 (2021) Graphic Pen Tablet for review... I must be on his 'good' list! 😀

You can read the full review here

As always, I shot, edited and produced the video and accompanying illustrations here: 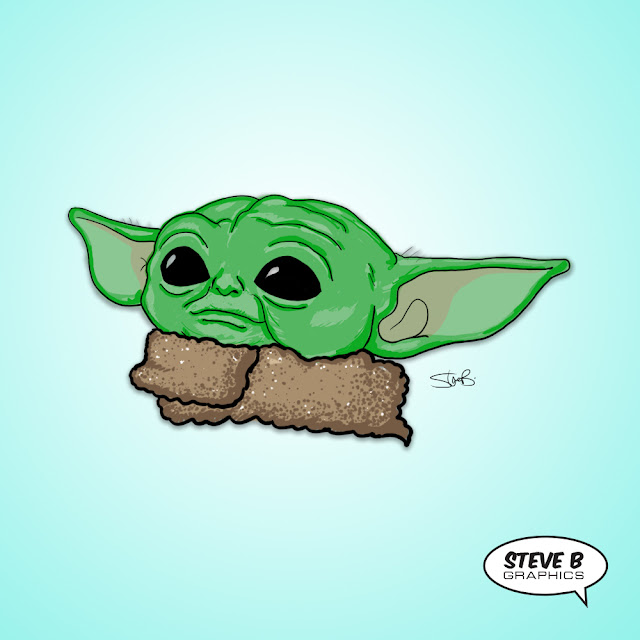 Steve B Graphics On The Web 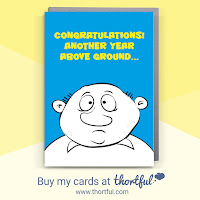 In 2020 I have been partnering with My Tablet Guide shooting review videos on a freelance basis in my home studio for various graphic tablet and pen display tablet manufacturers such as XP-PEN, HUION, Artisul, Parblo and DragonTouch, whilst independently reviewing graphic tablets from GAOMON and Veikk here on the Steve B Graphics Blog... nice to meet you!

Steve B Graphics on Redbubble 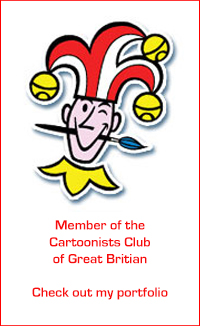